Jenn here. Yesterday was Veteran’s Day observed, so we both decided to use our day off to take care of some errands and just generally explore. Because we never have Friday afternoon’s free, we were excited to be able to finally go to Vigilante Coffee for a coffee cupping. 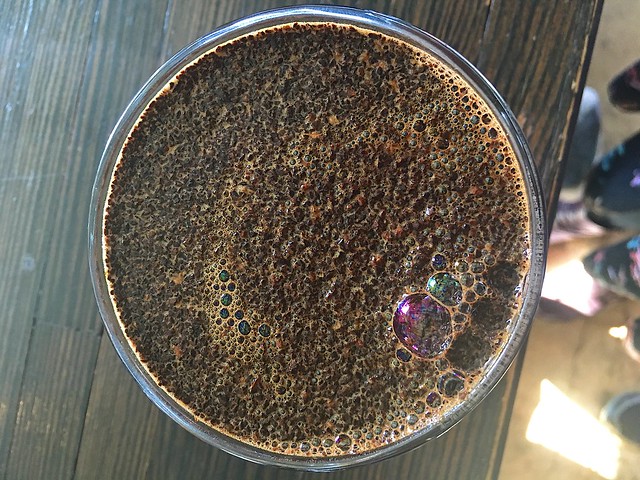 Vigilante is a local coffee roaster and cafe in Hyattsville, where we’ve been regulars for a couple years now. We discovered them a couple years ago, pretty soon after they opened their counter in Hyattsville, and going there for coffee and pastries has become something of a Sunday morning tradition for us now. They take a lot of care with their coffees, from sourcing to roasting to serving. And because the roast their coffees lighter than most places in the area, in general, Dan loves them! We’ll talk a bit more about the roastery in the future, but today, it’s all about coffee cupping.

Coffee cupping is a standard way of tasting different coffees. At Vigilante, they set up along one of the bar areas. We had Austin to guide us through the process. First, he put dry coffee into the cups and gave us the opportunity to smell the dry grounds. He chose three coffees, two of their newest ones (La Fortuna and El Lovo) and one that they’ve had for a while (Solok). After we’d given each of them a good sniff, he added water and let them bloom for about eight minutes. After that, we broke through the “crust” of hydrated coffee ground at the top of each cup and smelled the aroma of the brewed coffee. From there, Austin skimmed the floating bits of grounds off the top of each cup and we taste each coffee. The tasting method is very specific, using a spoon to take a small amount of coffee and sucking it in with a slurp to aerate the coffee and coat the inside of your mouth with it. 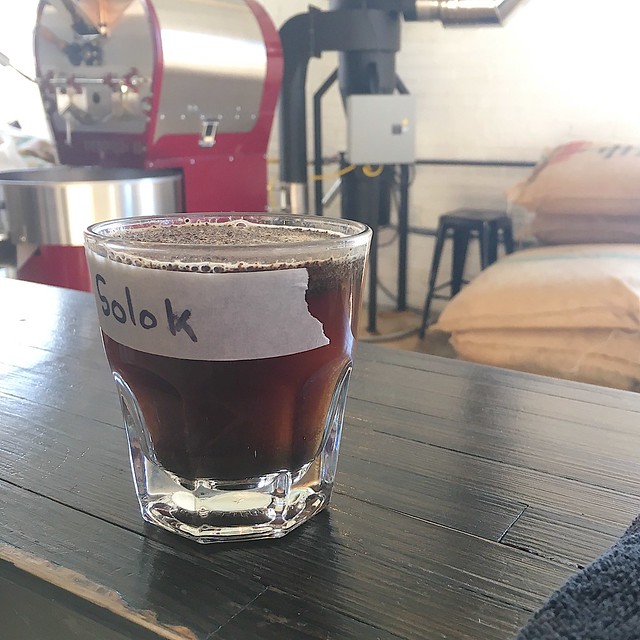 The coffees Austin chose were an interesting mix, with the Solok being slightly darker and less acidic than the others. The tasting process was unique and gave us a fuller picture of each coffee. Interestingly, Dan had had a cup of the La Fortuna earlier that morning and definitely recognized that it was the same tasting it that afternoon (despite his professing to have no palate!), but says it was neat to go through the whole process of smelling and tasting to learn new things about each coffee. All in all, it’s something we would definitely do again.

If you’re interested in visiting Vigilante Coffee for a cupping, they have them every Friday at 1 p.m. in the Roastery in Hyattsville.

One thought on “Coffee Cupping at Vigilante Coffee”